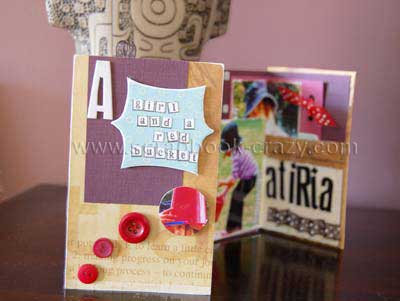 more...yeah right! I can only dream. So far I have used 4 photos in this album.

I made a 3"x5" accordion mini album using one sheet of bazzill cardstock. In total it had only 6 inner pages. Because each page was so narrow

I had to either crop my photos quite small or let them span a couple of pages so  that they could keep their size.

I used photos from a set of pics that we took of akw playing in the backyard with her bucket and a whole heap of mud. I touched up the photos with Photoshop and played with some of the effects to achieve a funky look on the black and white pic, check out how the red bucket stands out. I kept the embellisments to a minimum - buttons, some ribbon and patterned paper or cardstock. 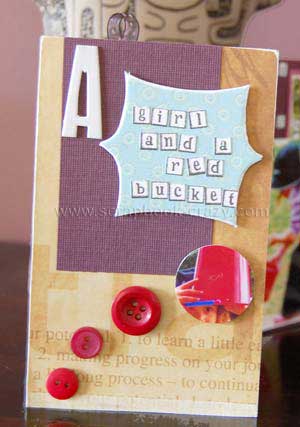 The front cover is made from a couple of chipboard pieces that I covered with patterned paper. A girl and a red bucket. The paper is a really old Daisy D print. I used a small circle punch to get the round photo of akw and her red bucket. 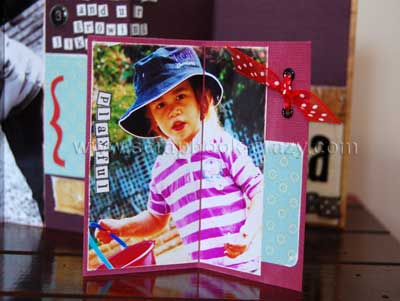 The one and only mini book tag 'playful' 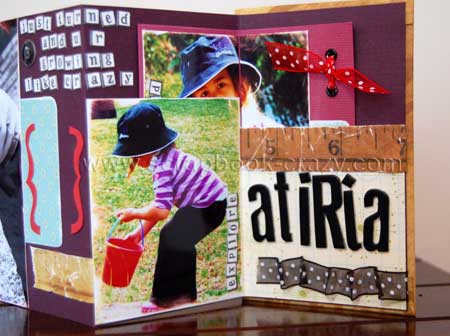 The last two pages which has a photo on top of a pocket and a photo tag inside the pocket. 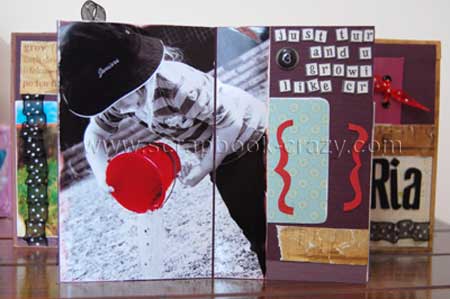 The black and white photo with the bright red bucket (courtesy of a photoshop trick) I used some little alpha stickers to do a spot of journaling on each page. "Just turned 3 and growning like crazy" 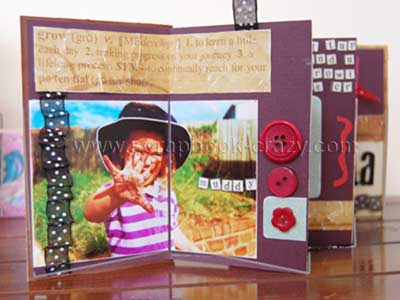 The first two pages with Atiria and her grubby hands. The dictionary definition paper above the photo is from the Daisy D paper GROW.

Back to mini the gallery